At GetUp, we are fiercely Independent (issues-based, non-partisan, member-driven). This independence is critical for speaking truth to power and holding political parties and politicians of all persuasions to account. It is therefore essential that all GetUp employees and volunteers are, and are seen to be, politically independent.

This policy is designed to ensure that volunteer activities do not compromise the fierce independence of GetUp, and this independence is reflected in all direct and indirect communications between GetUp volunteers and political parties, MPs, Senators, and all candidates (including independents).

While many GetUp members are also members of a wide variety of political parties, if GetUp volunteers are also party candidates (or Independent or elected representatives) or party office (or Independent) bearers or employees, there may be a perceived conflict of interest.

In order to preserve the non-partisan nature of GetUp Action Groups, we ask all Action Group members to abide by the following policies:

At no times does GetUp, including GetUp Action Groups, collaborate with parties or candidates. This means:

GetUp asks that our volunteers, when acting in their role as a GetUp volunteer, do not express:

Communication with Members of Parliament or Party Officials

If you are communicating with a Member of Parliament, their staffers or any party officials (including Independent or minor party MPs or candidates and/or anyone holding an office bearing position in a political party), please let your State Organiser know.

We encourage action groups to develop and maintain relationships with their MPs but any communications should be in line with this policy on independence.

We have also published this Statement of Independence to ensure everyone knows where we stand: 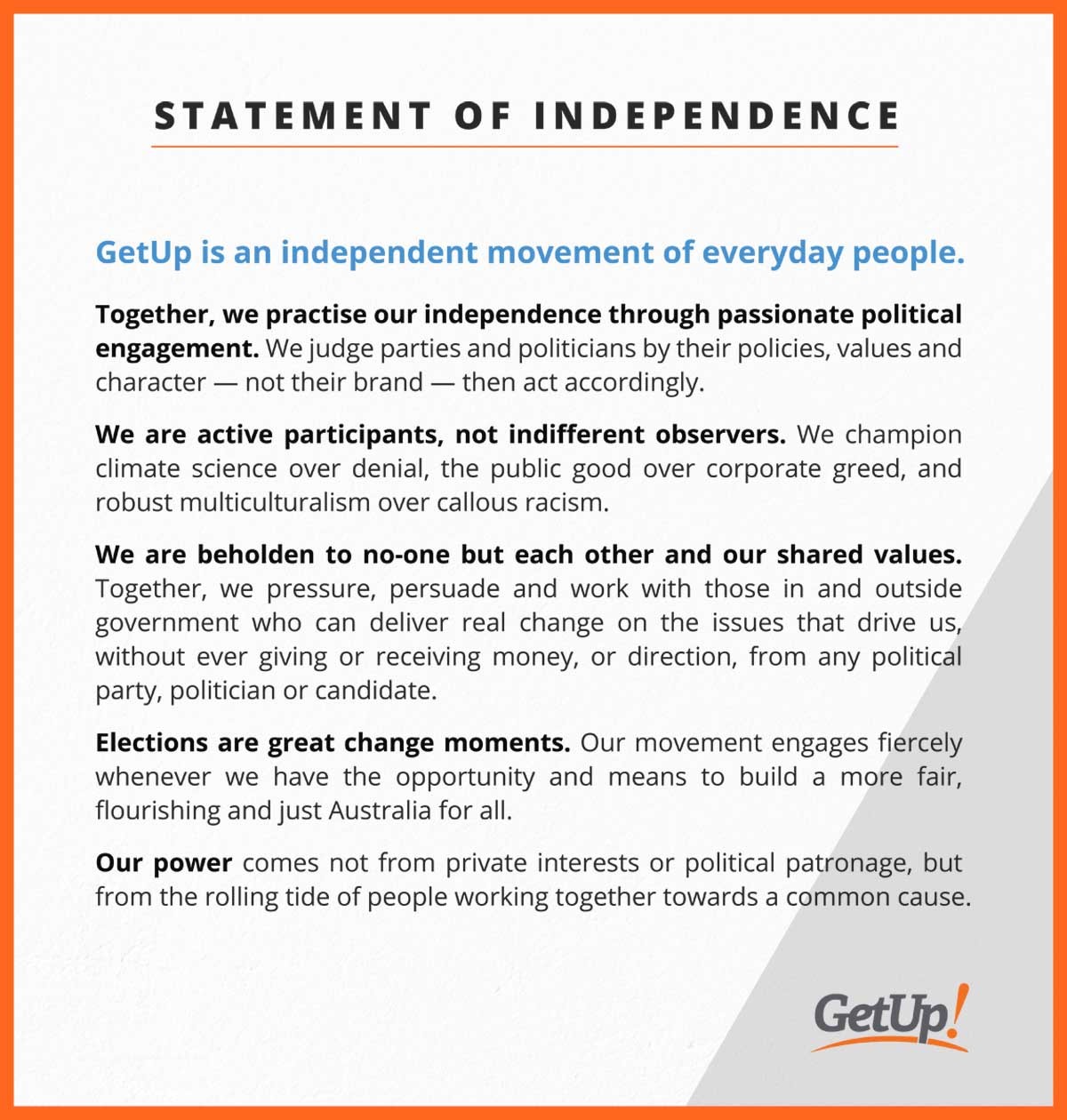